This Scramble remake is a freeware game. The original game (same

name) was made by Konami in 1981. The remake looks like a pixel
perfect clone but has some improved graphics and extra Stages!

To play Scramble, unzip the Scramble.zip file and then execute
the  Scramble.exe  executable  file.

Art by https://crvnjava67.deviantart.com/ Repost with permission 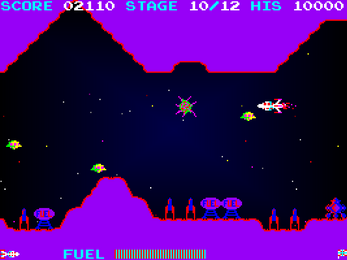