You need the Java Runtime Envinronment (JRE) installed.
Double-click on the .jar file, or run on the command line the following command:

RELEASE
-------
This is a remake of the original Phantasy Star game, launched on Sega Master System on 1986.

I've worked on this project on my own, but some resources, like VGM music and monster animations, were ripped by
other people, and I give them proper credit on the in-game credits.

Please send me an e-mail for any feedback, suggestions or questions.

PStar extended art by myself 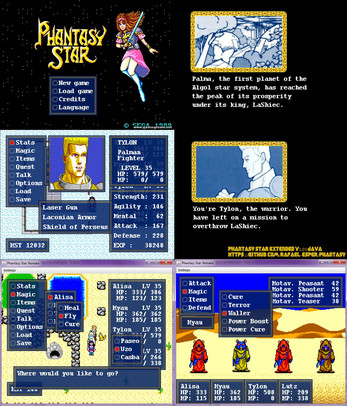