About author
Idea, gameplay mechanics and original story were designed by Compile in 1988.
The  programmer,  level  designer  and  sequel  script  writer  is  Vladimir  ‘BmpCorp’
Kozlov.
I do not claim any rights to graphics (including the graphics I edited), music and
sound  effects  taken  from  other  games.  All  rights  to them  belong  to  the  respective developers and publishers, the list of which is shown in the credits. I use the product of  their work for entertainment purposes only, not pretending to any material compensation.  I would like to thank  theguardianlegend.comsite and forum staff for support and  useful advices during the development. Also, special thanks goes to those contributors of www.spriters-resource.comand vgmaps.comsites for helping me to find graphics for the
game:
Arima,  Chaofanatic,  Davias,  Deathbringer,  Geminiman,  Grizzly,  Gussprint,
Indogutsu Tenbuki, Iron Knuckle, James (Jimmy) Purdy, Lord Zymeth, Magma Dragoon,
Maxim, Paco, Peardian, psychokiller aka jercox, Random Talking Bush, Revned, roket,
SmithyGCN, Tommy Lee, Tropicon, Troy Lundin, Ultimecia, Will Mallia, xyzbilliu.
A also show my gratitude to zenju for creating xBRZimage scaling algorithm, which
I use almost everywhere in the game.
You  can  post  your  questions,  comments  and  suggestions  in  the  corresponding
thread of theguardianlegend.comforum, or email me to bmpcorp9@gmail.com.

Welcome, The Guardian Legend fans, retro gamers and everyone who loves to play
shoot-em-up games! First of all, forgive me my English, since it’s not my native language.
I present to you unofficial sequel of the game, made in the spirit of original.
All classic features were gently moved to sequel, excluding password system and
exploits like walking through walls and infinite bonus healing. The rest is the same - the game is divided into labyrinth part and the part where you fly through corridors. Corridor completion opens new areas with new corridors, and some of them are sealed just like in old times.
Everyone who’s not familiar with the original game can read about it on any gaming
site or watch YouTube videos. I will concentrate onnew features only.
So, in the ending of the original game Naju planet (o r star, to be more precise) was
destroyed. But was it for real? And who was that mysterious helper who left messages
for us? Before you find out, please read this useful information
Controls
The game is controlled by keyboard; menus items areselected by mouse.
After you choose “New game” and difficulty level inmain menu, you can change key
mapping. The default controls are:
Moving character - WASD or arrow keys
Use primary weapon - / or Q
Use special weapon - ‘ or E
Select previous weapon - [
Select next weapon - ]
Pause game - Space
Show map and weapon selection screen - Tab
Use teleport - T
Save game - F6
Load game - F9 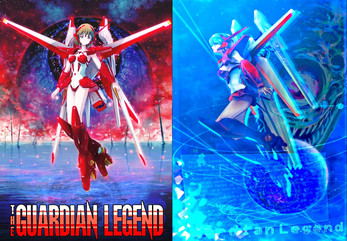 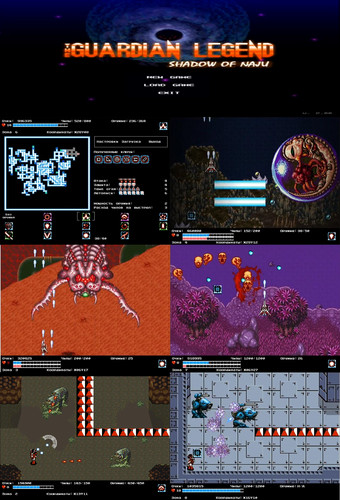 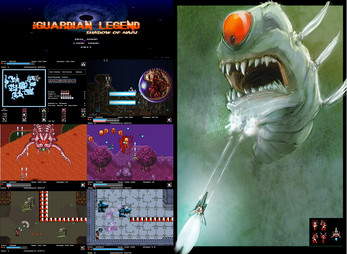