Hello there, gumshoe. Fedora Spade's the name. I'm a dick. What? No, not figuratively. The lady across the street might argue otherwise, but I digress. Anyway, I'm a detective, a homicide detective to be exact. I didn't grow up wanting to be a detective, mind you. I hated the cops & robbers game... the other kids always forced me to play the bad guy and gave me a good ass-kicking whenever I was caught. Not a very pleasant childhood memory, yeah? But that's beside the point. I wanted to be an astronaut. I just thought that it'd be neat to explore space, see? But it never happened, as you can probably tell. Math and physics... I can't say that they're my favorite subjects.

Plus, watching the challenger explode into a big firework is pretty traumatizing.

So why did I become a homicide detective, you ask? Well, apparently it's the only job that's available for me here. Crime's rampant here in Lawless City, and dead bodies continue to crowd the streets. They need people to combat crime, expendable people; preferably people that aren't too bright in the head. People with a diploma in sociology, or psychology, or some other I-just-want-to-graduate-quickly major. People from third-rate universities who can't seem to find a decent job. People like me. It's dangerous work, but it sure beats flipping burgers. Or is it? I don't know... it's too late for regret now.

Anyway, gumshoe, I've had my fill of bourbon tonight, and I'm in the mood to talk. Why don't you sit tight and lend me a pair of listening ears, eh? 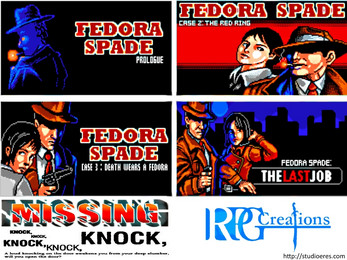