Hoping to include extra levels, music, more enemies and items as a prelude to universal hero 2 - Global hero

Rocket Crazy! is a sci fi based remake of the game Automania, released by MikroGen in 1985. In the original you had to build cars - in this you have to build space craft!

Objective:
Bert works in a spacecraft factory. He's bored and wants to see the big, wide cosmos - so he's bucking for a promotion.
His boss has set him a nasty task - build 7 spacecraft for wealthy clients against the clock, and he gets the promtion.
Fail, and he spends the rest of his natural life cleaning the chicken soup machine.

Bert must retrieve each part as it appears on the warehouse floor, and take it to the workshop assembly area to build it. There is an outline of the ship shown here to help him put the right parts in the right places.
When Bert takes his first step the countdown to build the ship will start...

On Screen Display - a users guide...
The top 2/3 of the screen is taken up with the main game area - this is where you control Bert and build the ships.
At the bottom of the screen is the game HUD. This consists of:
Map - left side of panel.As parts appear, they are shown as a star in the control panel, while Berts current location is shown in green.
Countdown - middle of the HUD. Each ship comprises of a different number of parts to collect and assemble, and has a time limit for the whole ship to be completed...
Air Level - top right of the HUD. Shows how much air Bert has left in the current oxygen tank. Collision with security bots will reduce the air supply..
Air Tanks - bottom right of the HUD. Shows how many airtanks Bert has left, including the current one. Bert gets 3 air tanks to complete his task with.
Score & Hiscore - far right of the HUD. Pretty self explanitory really.

Specs:
Tested on a P2 333 with a 32MB gfx card - seemed to run ok. In theory should work on a PC with a 4MB card as its not that graphically challenging....
Runs in 800x600 screen resolution, fullscreen.

Credits:
Gfx - all my own work, apart from Bert, who was kindly drawn for my forthcoming game of Universal Hero, and shamelessly used for this one as well...
Sfx & Music - various sources 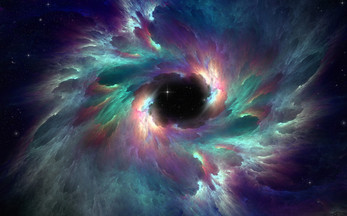